Crusoe Fishing Adventures has been operating in Vanuatu for the last 18 years which ensures that we have the enthusiasm and passion required to ensure that you have a fantastic day out on the water.

Our team has a wealth of knowledge about game fishing with both light and heavy tackle and all methods of game fishing, they are more willing to discuss options prior to your departure. 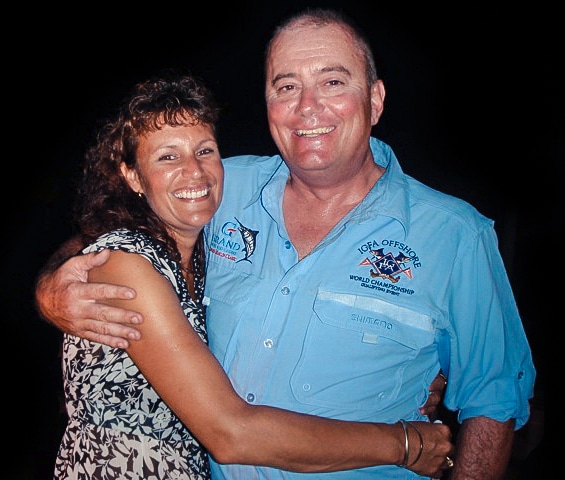 The legendary Charles Wheeler is the Owner and Skipper of Nevagivup and has been fishing out of Port Vila for the last 18 years. He is originally from England where he spent many years hunting fox hounds and playing Polo.

In the off season, he was travelling around game fishing, fishing in many places around the world as an avid angler.

The call then came to come and fish Vanuatu for Blue Marlin and he has never left. Charles has decided to make Vanuatu his home and he now has a family as well.

Charles has 5 World Records to his name and over 40 Vanuatu Records as well. He has also been the Skipper for Tom Evans, who specialises in World Records for Marlin on Fly, and Tom has two World Records with Charles. The list of tournament wins for Nevagivup and Charles is growing every year.

Whatever your style of fishing, Charles is more than happy to accommodate your request or to chase the next world record.

Michelle has been game fishing for the last 24 years and over that time her accolades are varied and numerous. She won the Sir Garrick Agnew Award for the most Billfish tagged & released in 1997/1998 and was runner up in 2001/2002. Michelle was also Champion Skipper in 2000/2001.

Michelle was also President of the Sunshine Coast Game Fishing Club from 2001-2003 and prior was the Secretary for 4 years as well. Her love of fishing started from a young age with beach and river fishing with the family and deep sea fishing started in 1995. It’s not very often that she gets to grab a rod anymore but when she does, she loves to catch Marlin on 15Kg line just to make it a little harder.

Michelle moved to Vanuatu in 2006 and she is also the admin side of the business from charter bookings to skippering Reel Capture which she is the owner of to organising staff, to client pickups. Michelle will endeavour to ensure that everyone has a fishing experience to remember. She is also very happy and settled in Vanuatu and has a family with Charles.

Arsen has been with us for the last 12 months and is the deckhand on board Reel Capture. He is always up for a chat will ensure that you have a great day out fishing with us. You will also find Arsen on the deck of Nevagivup as well. 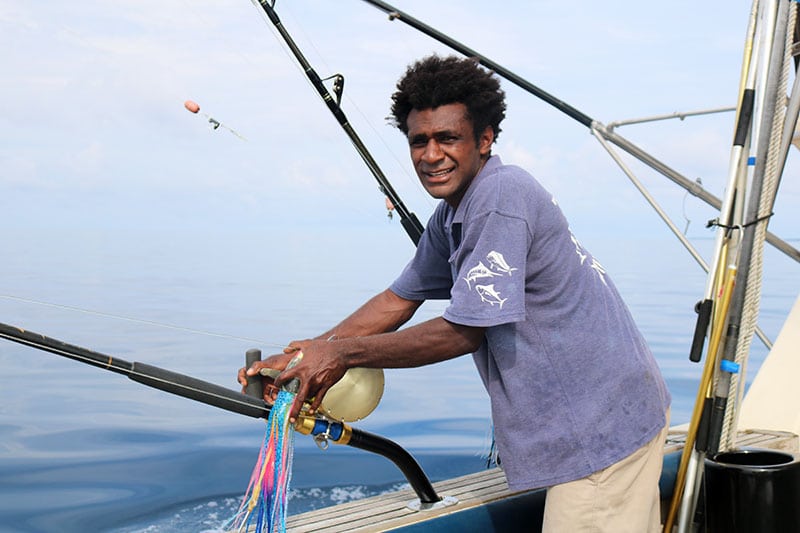 Ready for an adventure?

Drop us a line.

Even if you're not sure about all the details just yet, we're happy to hear from you.

Fill out as much as you can, or simply put everything in the message field and hit Submit. We'll get back to you as soon as we can.