NEVAGIVUP HAS HAD A BIRTHDAY & TAGS A BLUE MARLIN ON 10Kg FLY TIPPET!

Nevagivup has a new teak deck along with new under water gear as well. She is back in fine form once again and is ready to chase the next record! Angler LanceKenningham from Tasmania had two wishes when he chartered Nevagivup. The first one was to catch a Blue Marlin on conventional tackle, which he achieved on the first day along with some nice Mahi Mahi and Yellowfin Tuna. On the second day of fishing, Lance was on a mission to tag a Blue Marlin on 10Kg Fly tippet. Captain Charles Wheeler called the fish and crewman Russ Housby teased the fish right up to the back of the boat for Lance to cast his fly to; the tease and bite was text book and after a 40 minute fight, the tag was in, estimated weight was 50Kg. There have only been two people to catch Blue Marlin on fly in Vanuatu, one being the legendary Tom Evans and now Lance. This would also make Lance around 20 people in the world to catch a Blue Marlin on fly. Congratulations Lance! 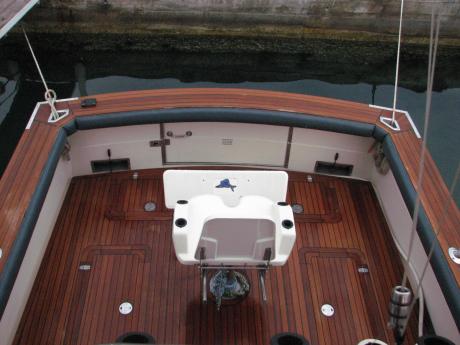